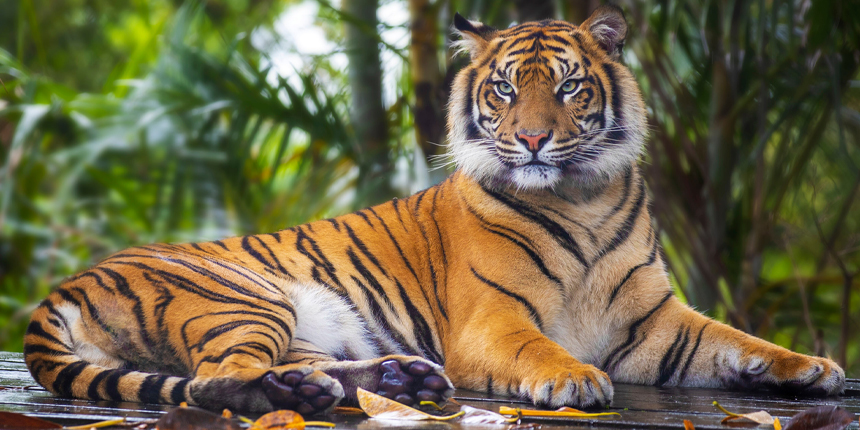 NEW DELHI: Big cats, especially the Bengal tiger, have claimed the lion’s share of attention – both from researchers and policy-makers. And this skew towards the Panthera tigris in Indian ecological and conservation research has gone hand-in-hand with lopsided policy-making and legislation that were “overwhelmingly shaped by one species”, found a paper that surveyed Indian conservation research since Independence in 1947 till 2020.

The paper, ‘Chasms in charismatic species research: Seventy years of carnivore science and its implications for conservation and policy in India’, was authored by 15 scientists and academics with National Center for Biological Sciences’ (NCBI) Arjun Srivathsa as lead author. It argues for a more “democratic” approach to carnivore science research. The paper was accepted for publication in the Biological Conservation in August, 2022.

The Project Tiger was initiated in 1973. From then on, work has been done to save bigger carnivores like tiger, lion, cheetah, leopard. But India has 23% of the world’s carnivore species, 60 of them in “relatively high densities”, that share space with its 1.4 billion population. Many of them deserve more research attention and conservation focus than they get.

The scientists reviewed close to 1,800 research papers, books and theses published over the seven decades between 1947 and 2020 to understand the implication of research work on carnivore conservation and the impact of such academic research on conservation policies.

The paper’s authors examined 1,792 studies of which 1,430 focused “fully or predominantly” on carnivores with each covering between one and 32 species; 92% of the studies were from within India. The authors focused on 60 species across nine families – Ailuridae, Prionodontidae, Herpestidae, Viverridae, Mustelidae, Ursidae, Canidae, Hyanidae, Felidae. However, these four families featured most in existing research:

These four “include certain species that are over represented in literature owing to their charismatic appeal or widespread distribution, or both”, says the study. “The five species with the highest number of studies were either felids or canids, with the Bengal tiger, Panthera tigris, appearing in more than a quarter of the reviewed studies.”

“The number of studies per species was largely determined by the species’ Red List status, range size in India, and body mass,” says the paper. The International Union for Conservation of Nature’s (IUCN) Red List gives the conservation status – and its corollary, the extinction risk – of each species. “The number of publications was biased towards carnivores that are large-bodied, highly threatened, and have expansive ranges. This bias aside, very few studies involved long-term assessments, except for the tiger,” says the paper. This has led to patchy understanding of many species.

“Species-focused research has the potential to offer crucial insights on carnivore ecology and conservation. In India, such endeavors have revealed many interesting aspects, such as long-term dynamics of tiger populations, the adaptive ability of leopards, Panthera pardus, to thrive in human-use landscapes, methodological developments to estimate populations of species without natural markings, like the dhole, landscape-scale genetic connectivity of sloth bears, Melursus ursinus, among others. However, systemwide links between carnivores and their habitats or entire ecological food webs (including meso-carnivores) and communities remain understudied,” says the paper.

It is not just that some species barely find mention in research, even when they are mentioned, it is as part of lists and without any insight. For instance, 76% of the studies within the theme of ‘Distribution and Population Ecology’ for the jungle cat Felis chaus included only checklists and presence records. We observed similar patterns across multiple species and families, indicating that a larger number of studies did not necessarily translate to more ecological information being available,” says the paper. “The carnivore guild comprising the fishing cat Prionailurus viverrinus and otters represent freshwater ecosystems like riparian, riverine, and marshland habitats. For carnivores that are key components of such threatened ecosystems, even basic distribution data are either unavailable, or clouded by grossly overestimated and inaccurate range maps.”

“The qualitative difference in studies between the five most-studied species and the rest has implications for the field of conservation ecology,” observed its authors. They also found a general decline in “natural history studies” on carnivores and noted that the lack of multidisciplinary research, “combining knowledge from orthogonal fields like natural history and genetics, or animal behavior and human dimensions, etc. [that] can offer broader insights on species ecology”, was a “prominent blind spot”.

Scientific research in India has had little impact on policy-making because of “wide gaps between academics, wildlife managers, and policy makers in India”, says the paper. The one exception to this is the tiger. Scientific findings on it have “catalysed” policy decisions over 50 years. Court cases challenging infrastructure development in tiger habitats have benefited from “robust protocols established for monitoring tiger populations…and studies examining connectivity”. Research has also led to research and conservation collaborations with neighbors including China, Nepal, Bhutan and Bangladesh. However, these are “exceptions”.

“Conservation policies in India have largely ignored evidence-based research due to political influence and misplaced priorities,” says the paper. This was the case in the ‘reintroduction’ of cheetahs from Africa to Madhya Pradesh and Gujarat’s refusal to relocate any of the Asiatic lions to MP.

“Policy instruments to mitigate threats faced by ‘non-charismatic’ carnivores in India are nearly non-existent. A plethora of scientific information pertaining to many of these carnivores awaits integration into national or state policies,” the paper further explains, and contradictions within policies cause further damage.

Funding agencies tend to favor the study of “charismatic” and threatened species more.

National-wide carnivore surveys, undertaken every four years, focus on tigers, their “co-predators” and prey. “The surveys are conducted exclusively within tiger landscapes and thereby exclude many species outside tiger-range limits,” says the paper. Its authors advocate “long-term, countrywide assessments for an entire carnivore community” in line with Kenya’s system which will capture “non-charismatic carnivores” including those living outside protected areas, sharing space with humans. “We foresee the scope for expanding India’s tiger surveys to include multiple institutions, broaden the geographical focus, and thereby extend the associated benefits to a range of carnivore species,” says the paper, adding that involving citizens and technology could help “decentralize monitoring” .