Viral News: A woman was shocked out of her wits when she found out a huge knife in a sandwich ordered from Subway. Narrating her ordeal to NY post, Nerice Moyce, a 21-year-old woman from Suffolk, England said she ordered a sandwich from a nearby Subway 2 weeks ago when she noticed something fishy as she picked up her tuna sub. Moyse was taken back after finding a serrated blade with a yellow handle inside the sandwich wrapping.Also Read – Viral Video: Reporter Asks Boy His Favorite Subject & Name of PM, His Answers Are Just Hilarious | Watch

“I was with my partner and we got hungry. I am currently pregnant and always getting cravings so my partner went on his phone and ordered a Subway,” she told the Great Yarmouth Mercury. “I just opened it up and was like ‘hang on, what?’. We both sat there in shock.” “My partner called Subway in Gorleston High Street and asked ‘Have you lost one of your yellow knives?’ And he was like “Wait. Are you being serious? Like actually?”

See the picture of the knife here: 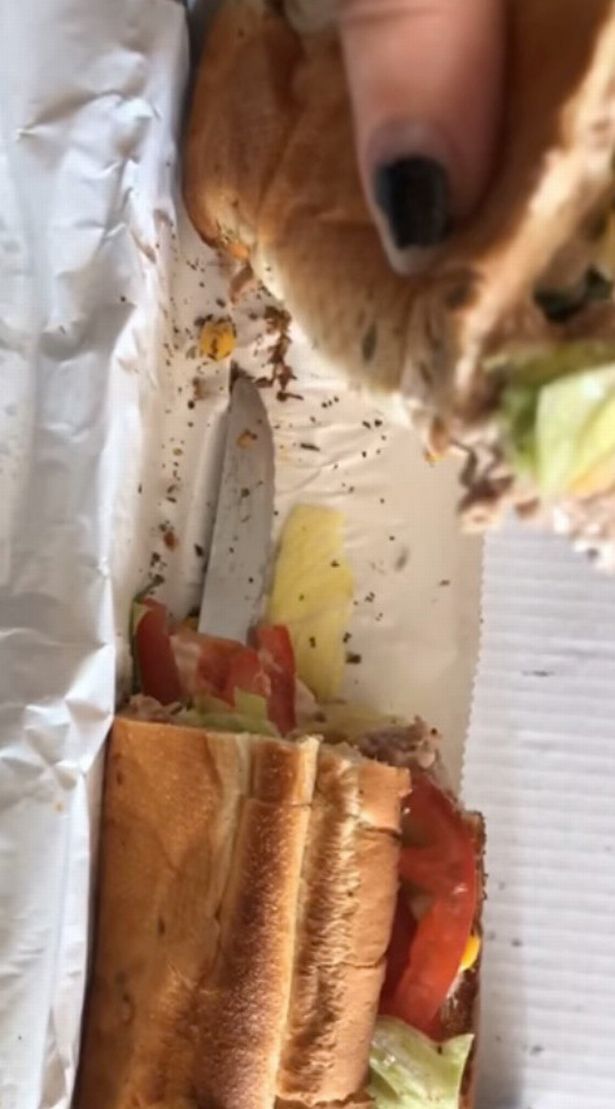 She added: “Straight away I was like ‘Imagine if a young child or a teenager had found it?’ I am glad that it came to me. ”When Nerice’s partner called the local subway, they were apparently told they’d hear back from the restaurant in a few days.

Moyse has since demanded an apology from the chain, and has also kept the knife at her home.

A spokesperson for Subway told MailOnline: “The health and safety of all guests is of paramount importance to us, and all Franchise Owners are expected to maintain high food safety standards and always serve products to guests’ satisfaction.”

“Since the incident was brought to our attention, we have investigated this thoroughly and the team apologized to the customer immediately once informed. Since then, the franchisee has reached out to the customer again to resolve the issue,” the spokesperson added.