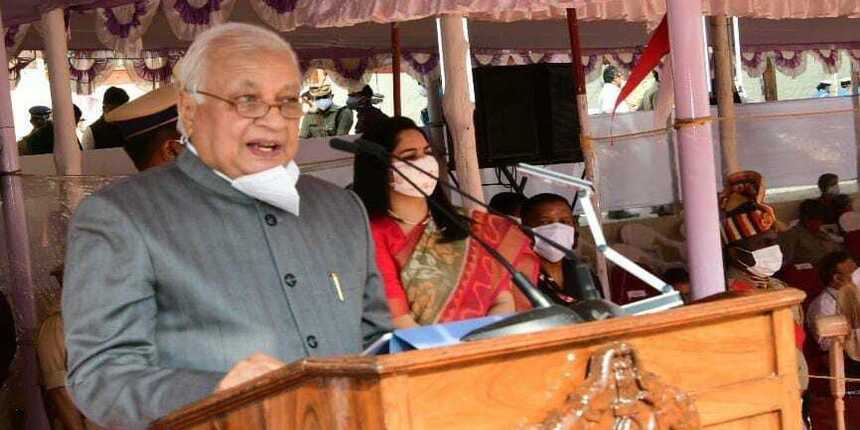 THIRUVANANTHAURAM: Amidst the ongoing standoff between the LDF government and Kerala Governor Arif Mohammed Khan, the latter in his capacity as chancellor of universities in the state on Wednesday stayed the appointment of Associate Professor in the Department of Malayalam at Kannur University. Khan also invoked provisions of the Kannur University Act and issued show-cause notices to all the stakeholders, Raj Bhavan said in a statement.

The Governor’s decision came shortly after he told media persons to wait for 30 minutes to know what has happened regarding the controversial proposed appointment of the wife of a Left leader in the varsity’s Malayalam department. “You will come to know in half an hour. As long as I am Chancellor, there is no question of any favoritism or nepotism being permitted in matters of education,” he said.

Shortly thereafter, Raj Bhavan in the release said, “Governor Arif Mohammed Khan, in his capacity as Chancellor, has stayed the Resolution (No. 2022.313 dated June 27, 2022) of the Kannur University Syndicate and all further proceedings pursuant to the selection procedure. for appointment of Associate Professor in the Department of Malayalam, with immediate effect until further orders. “The Hon’ble Chancellor has invoked the provisions of section 7(3) of the Kannur University Act, 1996 in this decision. Show cause notices to all stakeholders are being issued separately. The decision of the honorable Chancellor has been conveyed to the University.” Khan’s decision is going to affect the proposed appointment of chief minister Pinarayi Vijayan’s private secretary KK Ragesh’s wife, Priya Varghese, as an associate professor of Malayalam at Kannur University.

Meanwhile, Higher Education Minister R Bindu said the state government was not involved in making appointments in the varsities and only the universities can do that and that too as per the law and the regulations regarding the same. The Higher Education Department has no role in making appointments to the universities, she said. There is a controversy surrounding the selection and proposed appointment of Varghese as an associate professor as she had the lowest research score among all the applicants, but the highest in the interview round and was declared first in the selection process.