The Chief Minister Office (CMO) on its official Twitter handle stated that the state government employees were getting 22 percent DA under the 7th Pay Commission and 174 percent under the 6th Pay Commission since May this year. Also Read – DA Hike: Gujarat CM Announces 3% Dearness Allowance Hike For Govt Employees On Independence Day

Copy of the order: 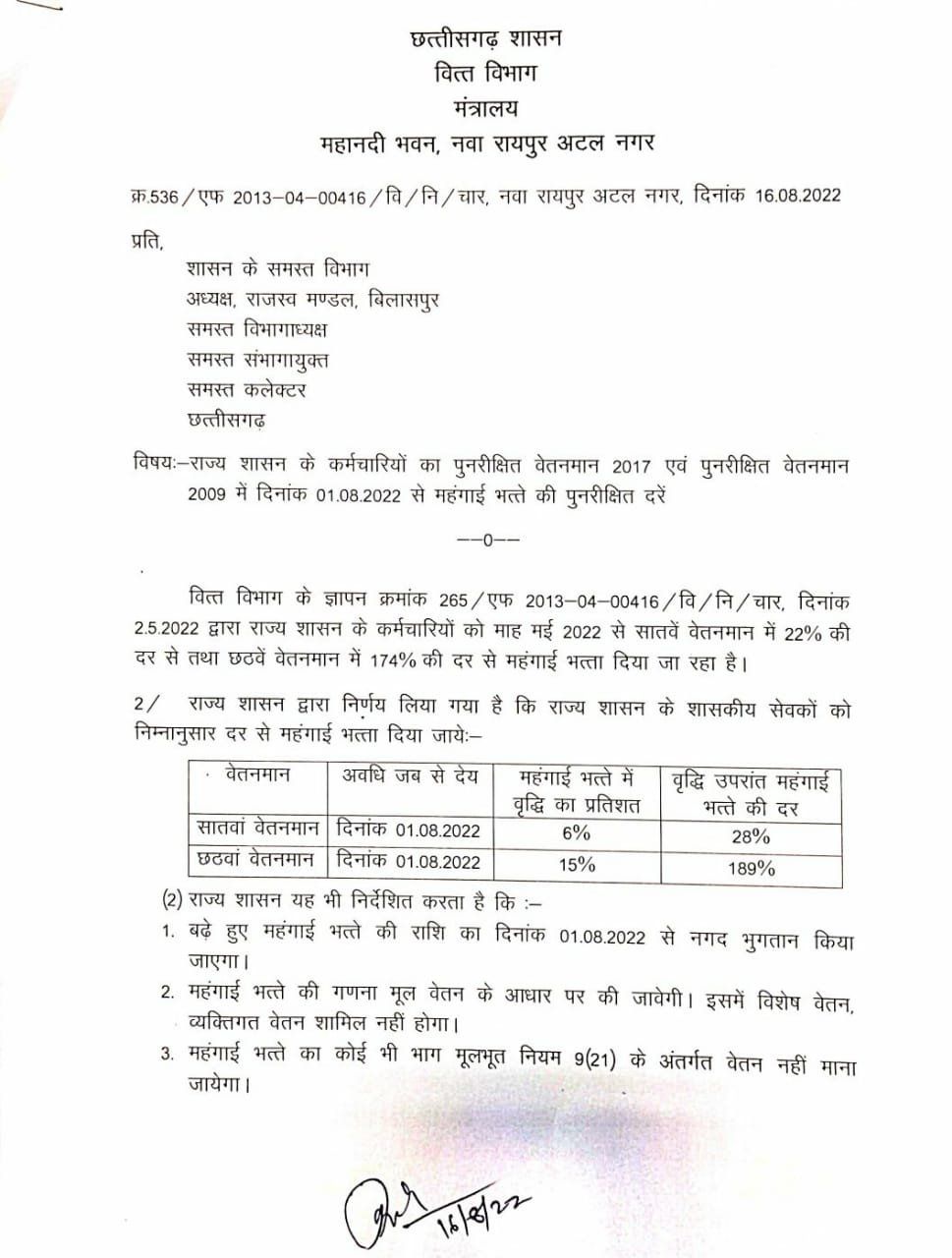 Also Read – 8th Pay Commission Recommendations Likely To Be Implemented From 2026 Only: Report

However, after the state government revised the pay scale, 6 percent and 15 percent hikes have been effected under the 7th and 6th Pay Commissions respectively, the order from the state claimed.

The Chattisgarh government said the employees will get 28 percent and 189 percent DA from August 1 this year. The hike will put an additional burden of Rs 2,160 crore per annum on the exchequer, the statement added.

The move from the state government comes as a federation of state government officers and employees had last month staged a five-day strike over their various demands, including a hike in the DA and house rent allowance (HRA).

The federation had announced to go on strike again from August 22 to raise their demands. On August 13, a delegation of the Chhattisgarh Karamchari Adhikari Mahasangh (CAKM) had met Chief Minister Bhupesh Baghel, who had given his consent to hike the DA by 6 percent, officials said.

The chief minister had also assured that he would consider the demand of increasing the HRA on the basis of the 7th Pay Commission scale.

Not satisfied with the 6 percent hike, the CAKM’s regional convenor Kamal Verma said the state employees had sought 34 percent DA and HRA as per the 7th Pay Commission scale, but both these demands have not been fulfilled.

Even the 6 percent hike has been made effective from August, when it should have been given from July 2020, he said. “As per our earlier announcement, we will go on indefinite strike from August 22,” Verma said.