Soon as he shared the picture it went viral within no time! Fans showered love on Anurag Kashyap’s post and dropped sweet comments as well in the comment section. Interestingly Anurag and Aarti’s daughter Aaliyah Kashyap also reacted to it and commented, “iconic”. 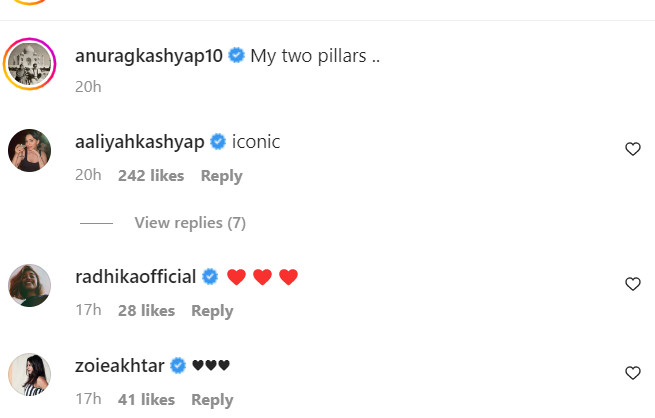 For the unreversed, Anurag Kashyap and Aarti Bajaj were married from 1997 to 2009 together they have a daughter Aaliyah who is one of the most popular star-kids on social media. Anurag later got married to actress Kalki Koechlin in 2011 and the duo separated in 2015.

On the work front, Anurag Kashyap is gearing up for the release of his upcoming directorial Dobaaraa, the film marks Taapsee Pannu and Anurag Kashyap’s third collaboration after Manmarziyaan and Saand Ki Aankh.

The movie is said to be a new-age thriller and is slated to hit the screens on August 19. Dobaaraa will also mark Taapsee’s reunion with his Thappad co-star Pavail Gulati.